The church represents many things. One of them is to tell us what good morality is. It may not be something the church has actively cared much about in recent years, but traditionally it has always been one of the church’s most important tasks for the Danish people. Is it for example a good Christian and human deed to give your heart, your kidneys, your liver or your lungs away if you’re braindead and therefore about to pass on from life? Ever since the discussion about the brain death criteria got heated years ago, it’s been a question that arises in the public debate.

Now the issue is topical once again. That’s because a law was introduced that stated that you had to actively accept if you wanted your organs to be reused. If you didn’t say anything, it meant that you declined. The result was that there were suddenly very few organs, because very few people actively responded. It may amount to five percent of the population and most of those are at an age where it won’t be an option to donate, because the organs are too old and worn. This means that people are dying by the hundreds because we’ve stopped donating organs.

The Ethical Council lead the way in warning against organ donation and a large minority of the council didn’t even want a brain death criteria, which would have made it entirely impossible to transplant organs, except for kidneys.

Apart from the Ethical Council, a number of individuals have spoken out and most of them are sceptical about moving organs. Recently, however, there’s been a softening of the inflexible positions and the Ethical Council published a book in 1998 in relation with their 10 year anniversary, where their stances were more nuanced.

From my own point of view, I can say that when you’ve seen people who are thrilled about life, because they’ve received a new heart or people whose lives have been radically altered – from pain in a wheelchair to having a regular job – by receiving a new kidney, then perhaps it’s time to think differently.

Or more along the lines of thinking in an old-fashioned way, thinking like the church has always done. There’s a phrase called Love Thy Neighbour, which means to care for and help others. It may be difficult to fully realise, because then we’d have to completely alter our way of life. But we might be able to do it a little bit. We do it privately and also do it for society, even if it’s not something we brag about. We do however pay our taxes and part of those taxes go to help people who are poor or sick. We have a social care system and a health care system (though it should probably be called a sick care system, but we rarely like calling things by their real names). In short, we have duties to each other, both societal and private. It isn’t entirely voluntary if we want to take care of each other. 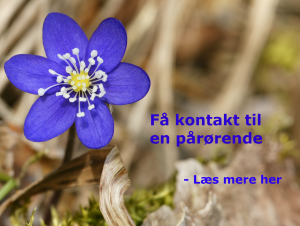